Back to Table of Contents - Next item in Table

A lot has changed since I created this page in 1993. The most significant, I think, is that Internet dating has become normative. Although, as of 2017, it hadn't passed 50% for heterosexual couples (same-sex couples were early adopters and are up at 65%), in 2017 it became the main way that people meet partners, passing 22% in 2009 to reach 39% in 2017, according to this study (meeting in bars or restaurants is second at 27% and meeting through friends is third at 20% (don't many people go to a bar or restaurant with friends?)). "Asynchronous computer-mediated communication gives people the time and distance to frame questions and answers more carefully, to find communities of interest outside the immediate vicinity, and to share things that might be awkward to share in person." This 2019 study distinguished "meeting on-line" from dating apps, and showed that the use of dating apps declined with age, and, at 20%, wasn't very successful (which would seem to indicate that half of those "meeting on-line" are meeting through social media, half through dating apps). Of course, these are all pre-pandemic studies.

The research is pretty thorough, but doesn't address some related issues (although it does address many). For example, there is Barry Schwartz' paradox of choice, which has been much cited as going against Internet dating success, despite the trends. There is also the effect of using a dating app on meeting someone through all of the other means - given the paradox of choice, users of dating apps quickly develop a small set of "deal killers" that they use to reject potential partners. When you meet someone first off-line, how do you find out whether they don't meet that minimum criteria set? Unless you're bold enough to ask at that first meeting, unsurprisingly, many people are using on-line tools to research the person they first met face-to-face.

A lot hasn't changed since 1993. Many dating apps are not very good at localization - in New York City, they refuse to separate one borough from another, let alone separate urban from suburban - and they still tend to be filled with inactive members (dead links) and losers. Add to that the occasional scam artist (women who are there just to get free meals) and you can understand why there are so many inactive members.

What gets me is the obliviousness that people use in their profiles. The purpose, supposedly, is to make a good first impression on someone and convince them to approach you for a first date. I've seen a few spectacular profiles that are quite impressive. But I've also seen my share of common mistakes, and I'd like to share them. I'm over 45, and this top-ten list is for the over 45 set.

(As a heterosexual male, I read only women's profiles. I'm glad I do, because I've found that the photos men are using in their profiles within my age bracket make me look like an ugly non-starter, but that's a different scam topic for someone else to write.)

Misleading pictures - Sure, we all have photographs of ourselves we hate, and those we think are good. I'm not suggesting a woman post a picture with food dribbling out of her mouth or of her caught off guard. But some women put their best foot a little too far forward. If their personality is such that they are normally sad or serious, why post a typical "smile for the camera" shot? If they're old and have wrinkles, why post a picture that is 10 years old or that magically hides the newly acquired signs of maturity? Because she likes first dates where the first impression is, "So THAT is what she looks like!"?

Dog pictures - A single woman gets a big dog so she can go out for a walk and feel safe - in other words, to attack men she does not know. A single woman gets a little dog because she is okay with being trapped in the pre-toilet trained stage of child-rearing - a period that normally lasts only 3 or 4 years - for the life of the dog, which is more like 12 to 15 years. In either case, why would a man find this information to be attractive? Cat lovers don't post pictures of their cat. Something going on here.

Unidentified people in pictures - This is just common sense. First, which one is she? And who are the others? And why are they letting her post their picture on-line? Even if it is obvious that it is a picture of a child or grandchild, it is a kind of exploitation. Hey, my kids are adorable - I hate being forced to use them as a sales tool.

Loves the beach - I can think of a few reasons why a woman might write this. One is that she is obsessed with Club Med and is trying to convey the fact that she spends her vacations and/or weekends at the beach or working on her tan. But think about this from the man's point of view: sunburn and sand aside, why would a woman want to tell a man that she enjoys dragging his ass to the beach so that he can stare at all of the other scantily-clad women? No matter how good she looks in a bikini, is this the kind of subject she wants to bring up in a singles ad profile?

Loves chocolate - We all know that chocolate releases chemicals in the body similar to those released when falling in love. So a woman who writes that she "loves chocolate" could just as well be writing "binges on ice cream" - does a man really need to know how depressed and lonely she is? An alternative explanation is that the woman is making clear - up front - that she expects to receive gifts, but is too embarrassed to write "wants flowers and jewelry and greeting cards" and the like. Of course, in a few rare cases, the woman really is some sort of chocolate connoisseur, but does that mean that she only dates other chocolate connoisseurs? Why bring it up?

Loves to travel - In other words, if a man is a single parent with young kids, go away. For women over 65, is this a statement about retirement plans? Why not just say that (some do)?

Loves to dance - What kind? Ballroom dancing? Modern dance? Slow dancing? Dirty dancing? Is this some kind of secret code for "I enjoy sex"? It's not the 70's, disco is gone, and are women over 45 really going to dance clubs? And if they are going to dance clubs, why are they seeking people on the Internet - what's wrong with all of the men they've met at the dance clubs? Spell it out.

Never been married (a.k.a. Marital Status: Single) - If she's over 45 and never been married, statistically, she's a member of a group that comprises just 10% of the population. So either she's lying, or her profile better say something about a long-term relationship she's been in. Many, many people are cohabiting without marriage, so to not mention it at all will scare men off - why has this woman been a confirmed bachelorette for so long? Has she never had a live-in boyfriend? Why not?

NEW - Computer illiterate - Is there anything more pathetic than a woman who has decided to try out Internet Dating yet professes various stages of cluelessness about her device, the Internet, and how to use the website or app she is on? Don't join a site with instant messaging and leave your PC or smartphone set up so that you cannot receive or send instant messages. Check out how to customize the settings of your account and use the features of the dating website or app. If you're using a computer, upgrade it, get a sound card, learn how to use Google (and, post-pandemic, Zoom) and don't be offended by people who use it. I'm not saying be a nerd, but get educated, upgraded, and know your tools. It's the ultimate turn-off for an Internet Dater for you to plead ignorance and think that's funny, acceptable, or cute. It's not.

WARNING - Spam - Especially on Craigslist, but also on other for-pay dating sites, there are people trolling for data to provide to Internet companies. The simplest and most obvious piece of data is your e-mail address so that you can be solicited for other Internet services. The clue to spotting spammers is the generic message. Some dating sites use generic messages as a tool and are set up in a way to make life difficult for spammers. On the matter of generic messages, be very careful about using them in your Internet dating correspondence. There's a difference between not wanting to give up any personal information and giving the impression that you have not viewed someone's profile or read their message to you.

And Now For Some Good News - Older women will be interested in the work of Laura Stassi, who started a radio show in 2020 (now on WUNC), "Dating While Gray," available as a podcast (she has also written a book, "Romance Redux/Finding Love in Your Later Years). This episode is full of expert advice from photographer Ann Maas and relationship coach Amy Schoen on online dating profiles. 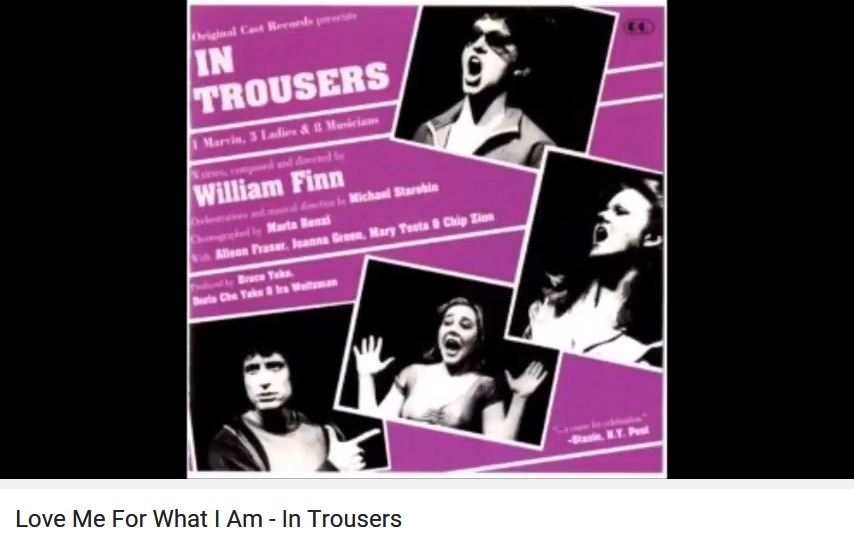 (If you found this of interest, you may also enjoy "The Seven Stages of Internet Dating" and "Personal - Making the Private Public" - or maybe you've already been there, and are trapped in a loop. Sorry!)
Back to Table of Contents - Next item in Table